So, he’s not really my friend in real life, in that he doesn’t know he’s my friend. But I’m his friend.

Have you ever liked someone so much that you felt you know them, and feel their pain? I have so much love & respect for W. Kamau Bell, and feel the need to share what happened to him on his birthday.

I’m such a big fan of his, that when he said he was canceling his tour due to the impending birth of his 2nd daughter, I had nothing but mad respect for him. I mean, how could you not admire a father putting his family first? 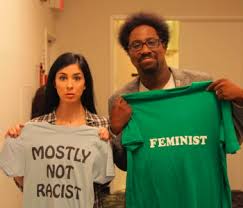 HAPPY BIRTHDAY! HAVE SOME RACISM FROM ELMWOOD CAFE!