Have you guys heard about this guy, John Metz? He is a Denny’s franchise owner who’s decided he’s passing along a fee to the customer that he doesn’t have to pay anyway. So, essentially, he’s simply trying to increase his profit by 5%.

“If I leave the prices the same, but say on the menu that there is a 5 percent surcharge for Obamacare, customers have two choices. They can either pay it and tip 15 or 20 percent, or if they really feel so inclined, they can reduce the amount of tip they give to the server, who is the primary beneficiary of Obamacare,” Metz told The Huffington Post. “Although it may sound terrible that I’m doing this, it’s the only alternative. I’ve got to pass the cost on to the consumer.”

But here’s the thing: He’s NOT paying any contribution toward his employees healthcare! So, he’s just pocketing extra money, whilst taking away from the livelihood of his employees 2-fold (by encouraging customers to tip less, AND cutting hours!).

He cut all front-end employees hrs so he actually doesn’t have to worry about paying for any insurance contribution. He’s not required to contribute to their healthcare since they’re all under 30 hrs a week. Then, he’s adding on this 5% charge for a penalty that he’s assuming might be added in 2014 – one that does not yet exist. He’s flat out telling customers to cut the tips of those servers since they will get they money via healthcare, which is a scam since he cut their hrs so they don’t need coverage! UGH! I can’t believe this guy!

What’s more. We’ve had tax hikes before, & we were sure to have them under a Romney presidency. But only President Obama was the 1st president in a century to pass healthcare (almost every president has tried for since Teddy Roosevelt). Most other companies do provide healthcare for their employees. These companies can too, they’re just too greedy.

Companies with a $3 Billion yearly PROFIT are upset b/c it makes an $8 million dent in their profit. Never mind that they gave away $10 million dollars of product. Ahem, I’m lookin at you, Papa Johns. 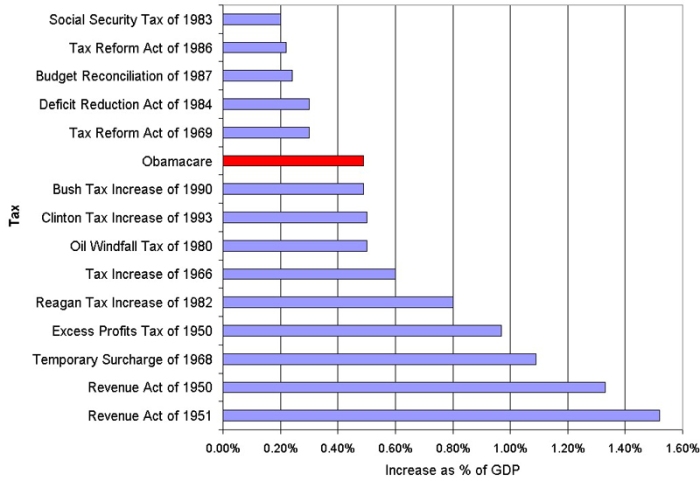